With Facebook and Twitter already been established as the largest social media platforms, the users still seem to be experimenting with other legitimate social media brands such as Google+. Google+, the latest splash in the world of social media, has managed to garner undivided attention from most of the active users of social networking websites. Unlike the other prior attempts by Google Inc, particularly Buzz and Wave, which faded from our lives even before they could be established suitably, Google+ has shown the potential to reach a larger audience base that might bring it in the league and tandem with other leading social networking platforms.

Google+ has created a fine line between the use of social media for business utilization and usage for social purposes. It was particularly developed with the idea of progressing through the business oriented world by building strong ties. This is not just a typical news feed wherein you will be notified each time someone puts up a party picture or bakes something for someone. Google+ has envisaged the idea of connecting its users to the world that could possibly guarantee a huge ROI.

The astonishing growth of Google+

Most people think that Google+ is devoid of active users and thus, is an underutilized social media platform. As a matter of fact, Google+ is currently rated as the second largest social media website only after the likes of social media heavyweight, Facebook. With the latest attempt of Google+ promising more visibility and connectivity among the users, its popular features such as Google Hangouts and custom URLs are a hit among the audiences.

Furthermore, Google+ has a tremendous user base spanning across the world. It boasts of a staggering 540 million active users who utilize its services every month for sharing videos, pictures or latest updates. 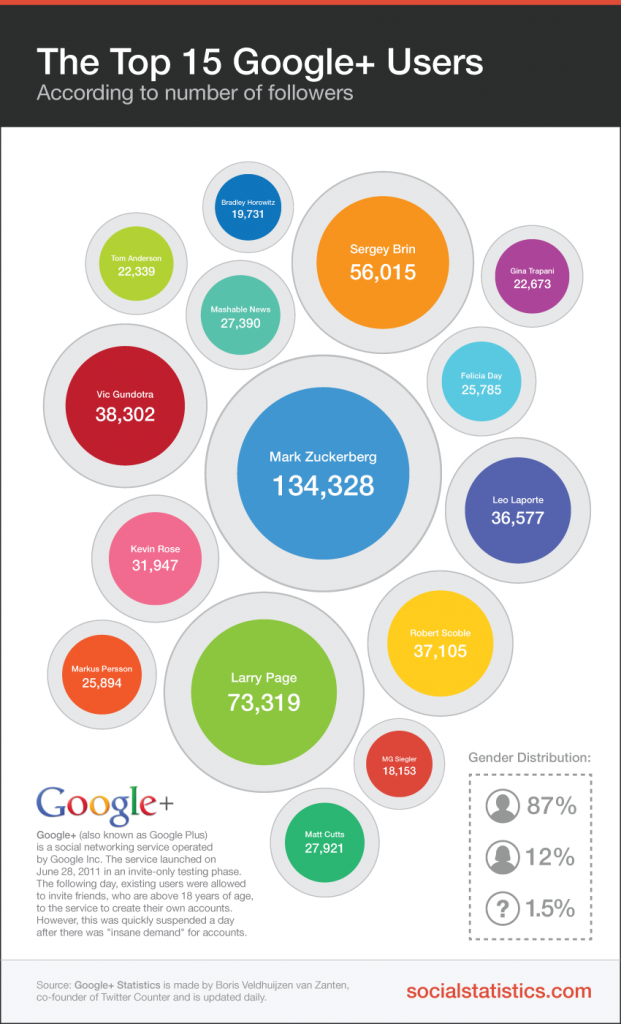 Google+ VS other social media giants

A whopping 70% of the major brands are on Google+ and have been in the good books of most of the leading companies that have generated extensive business connectivity through this network. While Facebook is a platform that essentially focuses on creating a cult following for a brand and Twitter majoring in only updates through tweets to the audiences or customers, Google+ is an innovative professional landscape that has its gears focussed more towards professionals who wish to open doors to strong business opportunities beyond their social circles.

Just two years since Google+ was launched, one has already seen it grow in leaps and bounds. With the Facebook fatigue already setting in our lives, Google Inc tried to grab this opportunity and decided to launch Google+ for a much more lucrative form of socializing among users.  In fact, Google+ is already bustling with professional activities, business ties and competition among the brands.

Also, most of the active users on Google+ are the younger lot. Thus, it can be an effective platform for you in case you are looking to target teens or youngsters.

Google+ has proved its mettle in the past two years, ever since it was launched on a massive scale. A much clearer picture of this is shown below, that focuses on the topmost active Google+ users based on the number of followers. Out of that, 87% are male and 12% are female while the rest 1.5% are supposedly unknown users.

Google+ itself is huge and it is no doubt that the followers on Google+ will someday surpass that of other leading social media platforms such as Facebook and Twitter.