There is no doubt how effective gamification can be on WordPress sites. Gamification is the art of awarding your users points, and awards for activity on the site and things that they do. Many sites are doing this such as Freelancer.com, gamer sites like Battlefield 3, EA Games, Microsoft’s XBOX site, some of Google’s sites, and much more.

So whys’ it so effective? People like to be rewarded! People love seeing their progress on a site, and continue to come back to beat their friends. Turning boring things into “game-like” activities makes the experience much more real.

So what are the top WordPress Point Plugins and WordPress Award plugins for 2014?

This plugin is an all-in-one system for your WordPress blog or site. It does both awards and points, that you can easily integrate into the rest of your site. 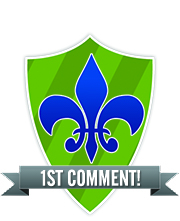 The awards seamlessly integrate into a drop down system that gives your users not just awards, but tells them the activity that they are doing on the rest of the site, such as quotes, replies, posting pictures and much more. In addition the plugin allows for full functionality in the sense that you can customize how the awards look like, and assign points to each award. Users have an award section where they can see how well they are doing against their friends.

The biggest reason why this comes in first, is not just its sheer simplicity, but the ability to buy this plugin just once, and use it forever. Unlike some of the competitors on this list, they’res an on-going monthly, or yearly fee that you must succumb to. We’re also a bit bias since we’ve developed this one.

2. Captain Up – Award system for WordPress

Captain Up – is an interesting plugin award system, but not a point system. At first we liked the idea, but their pricing is quite expensive, and not standalone which in turn caused us to develop WordPress Social network with awards. The plugin measures number of actions per month, and charges you based on that. Now these kind of pricing schemes keep you paranoid because technically you want to get alot of actions, but the more actions you do, the more you’ll have to pay per month. Right off the bat, if you hit over 150k actions, which I assume is not that many considering the number of “actions” an award system can cause, your already paying $149 per month out of pocket. Thats’ quite expensive. We’re also not sure why they included a game center, when basically we just wanted to add awards to our site.

Another thing we noticed was that it had an awkward overlay on top of your site, that directly affected every page of your website. What is cool about Captain UP though it does record actions such as likes and such. 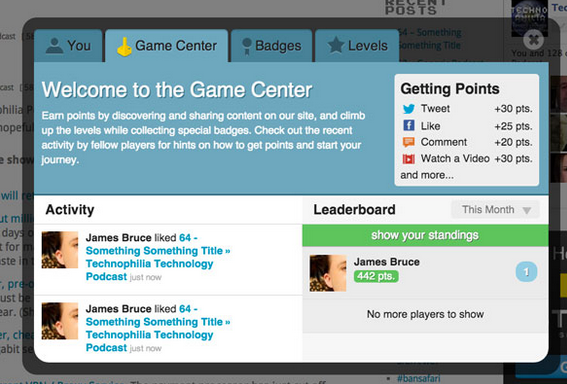 PunchTab – -Gamification for rewards and giveaways for WordPress

This is a plugin we haven’t tried out yet but looks pretty interesting. Its focused on real rewards for points achievements. The problem is this too has a monthly rate at $99/month. Gosh do these things cost high. I suppose development costs are pretty high as well. The plugin has rewards for liking and tweeting, but honestly, when rewarding people for doing these things, it feels almost “fake.” You shouldn’t reward someone for liking. Yes that boosts content, but that also causes “fake” likes in my opinion. People should be rewarded for voluntarily doing things such as commenting, and viewing pages.

In all, I believe all the systems need work. However, WordPress Social Network offers the cheapest price and the most functionality for an all in one Award and Point system for WordPress. As the plugin matures there will be more functionality for spending points, and better rewards. Choose wisely!